Sorts an Esri shapefile and its associated qix spatial index (that was created with the shptree utility). Useful for «Cloud Optimized Shapefiles», to enable fast bounding box spatial filtering.

The idea here is that the contents of the shapefile will be sorted in the same order in the shp file and sorted for its qix spatial index file as well.

Do not specify an extension for the shapefiles in the command above, as it could cause problems in the generated filenames.

and the following filenames were generated:

Therefore a new shapefile named countries_sorted.shp is created with shapes sorted (and qix file sorted), as shown below. 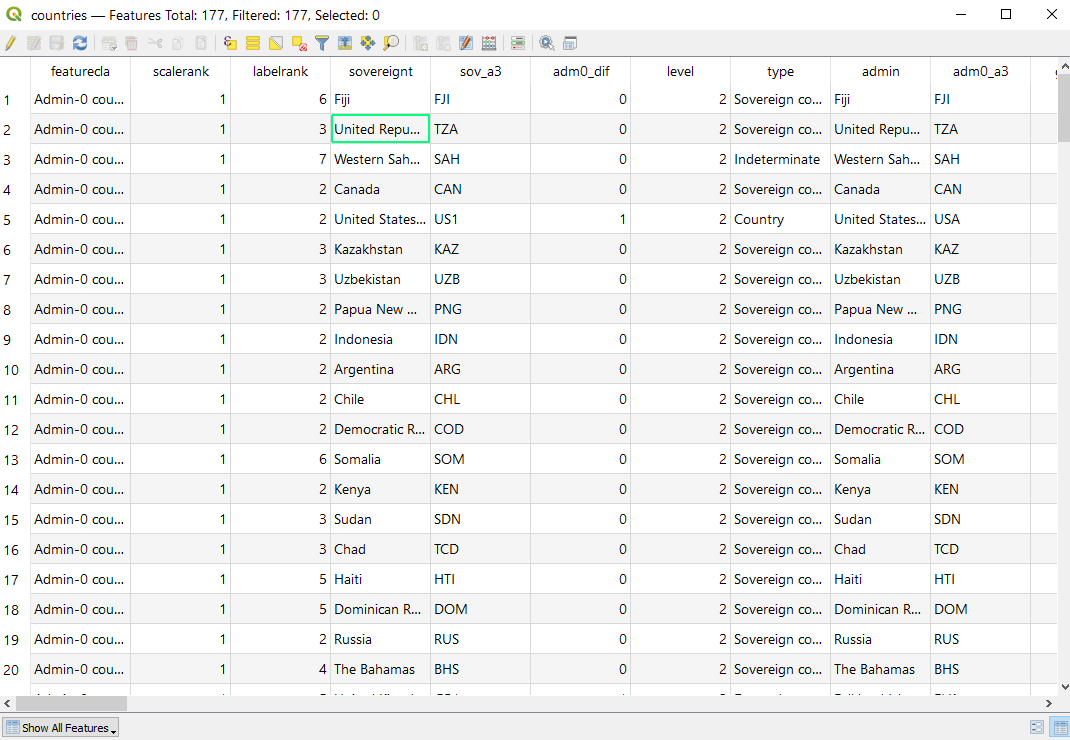 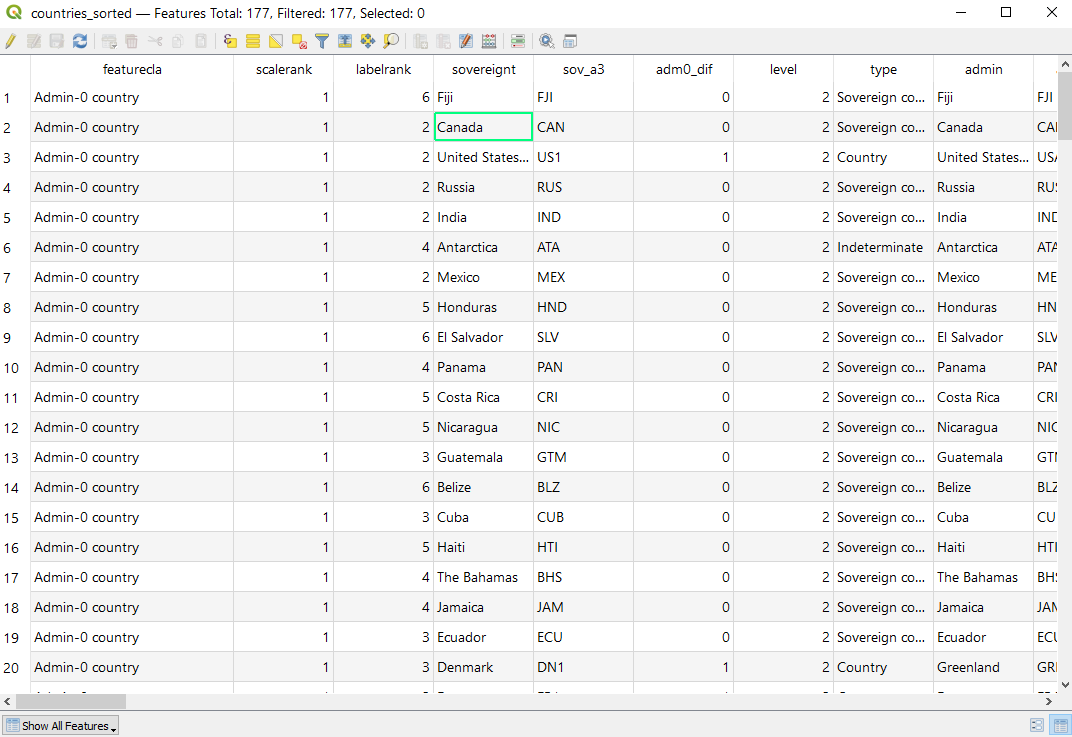